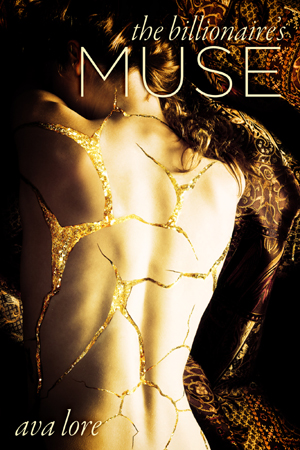 An artist on her way up…  Artist Sadie MacElroy has landed a sweet gig as the personal assistant to her best friend, Felicia Waters. Despite her scattershot creative nature, she’s a whiz at organizing, planning, and ordering people around. But her sweet gig turns sour at a charity art auction she’s organized when she bumps into a stage lackey and sends a 17th century Qing Dynasty vase crashing to the ground. Electing to take the fall, Sadie attempts to arrange payment of the vase to its owner, eccentric billionaire and (extremely) amateur artist Malcolm Ward. A powerful man on his way down… Malcolm, however, doesn’t care about the money or the vase, or much of anything. His whimsical, eccentric side hides a dark pain and a grim future, and only the promise of Sadie gives him hope. Inspired by his “muse,” Malcolm decides he only wants her, any way he can have her: in front of his camera, under his brush… or in his bed. An intimate passion… Unbeknownst to Sadie, time is running out for Malcolm, and when she discovers his secrets, it’s up to her to convince him that life is worth living, painful scars and all. For a LIMITED TIME, the full book of The Billionaire’s Muse is available for only $2.99!!! Available at all major retailers, but since most of you use Amazon: Buy The Billionaire’s Muse on Amazon.com Buy The Billionaire’s Muse on Amazon.co.uk The amazing and talented Alice Xavier made the cover. It turned out shiiiiinyyyyy. *______* …Anyway. Working on a sequel to Dead Man’s Curves, since it took off fairly nicely. Called Dead Man’s Tails. Haha. I’m a genius. Hoping it will end up close to the size of a short novel. ~45k words. Then Exclusive Contract is up after that. Whee! This is all hopefully before the end of the month! HAHA. My hands are going to fall off.