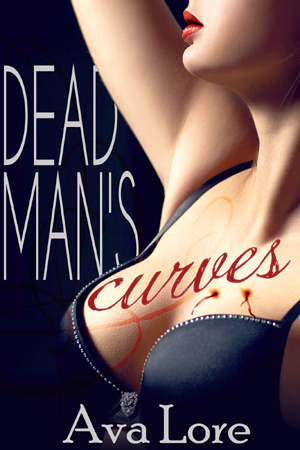 Full-figured librarian Chloe Banks has had a bad day – her fiance left her for her best friend, she lost her apartment, all her money has mysteriously disappeared, her boss won’t stop dogging her, and to top it all off she’s cornered by an angel-faced vampire in the rare books room. The vampire, Gabriel, is a little worse for wear after spending the last hundred years interred underground but now that he is free he needs blood and little help navigating the modern world. What he gets is a genre-savvy woman with a body that he can’t keep his hands off of, and Chloe, despite nursing a broken heart, can’t deny the primal attraction between them. Is she prepared to trust her body–and her life–to a vampire, if only for a night? Dead Man’s Curves is a 19,500 word erotic novelette for readers who like a little blood, a little revenge, and a secretly chivalrous vampire who lusts for lush, full curves. Only $2.99! Available now at these major retailers: Amazon Barnes & Noble Kobo Books All Romance eBooks Smashwords A note from Ava: Hmmm, which came first, the title or the story? (SPOILER ALERT it was the title) Anyway, I like to think of this sort of release as a bedtime story. Quick, fun, raunchy, and just long enough to read before going to sleep at night. Or, perhaps, just long enough to read and then jump your partner for a quickie before going to sleep at night. 😉 Happy reading! Excerpt:

“Ooooh, this is an interesting twist of events,” Chloe said, unable to help herself. “Am I now the mysterious heroine of our story, no longer the hapless vampire victim, unable to resist the charms of a bloodsucking monster from beyond the grave?”

“I beg your pardon,” the vampire said stiffly. “I take issue with that characterization. And you are still unable to resist my charms.”

And to prove his point, he flowed across the space between them and kissed her.

Chloe didn’t realize what was happening fast enough to escape, and, well, there was the issue that she probably didn’t really want to escape. When his ice cold lips landed on hers, she inhaled sharply, but didn’t have the presence of mind to pull away.

Her eyes slipped closed. Chill invaded her, but it was a strange sort of cold, the kind that burned as well as numbed. His hands had fastened in her hair, holding her in a firm, unyielding grip, and as his lips worked against hers the same sweet euphoria of his bite began to invade her body.

Any thoughts she may have had of escaping dissipated with the sensation of his kiss. His mouth was commanding, dominant, but instead of just taking what he wanted, as he had in the library, he teased and coaxed her lips with his, slowly persuading them to open before him. When they did, his tongue, cool and strong, slipped between her teeth and brushed against hers, a light, sweet question.

His tongue in her mouth was like nothing she had ever known before. It didn’t feel like an invading body; it felt like it belonged there. The stroke of his tongue against her own was insistent but gentle, and she caught a whiff of something metallic. He tasted of blood and wine and fresh-turned earth. Logic flew out the window as she reached out and found his rock-hard body in the dark cramped car. Her fingers curled through his disintegrating clothes, pulling and tugging. They came away easily, revealing smooth, cold skin to her touch.

She’d expected the sensation to jar her, jerk her out of the easy, dizzy dream his mouth inspired in her—vampire saliva must have some sort of narcotic effect, Chloe-the-librarian suggested from far away—but instead it heightened her curiosity. He didn’t feel dead at all, as she had distantly feared. Instead he almost hummed with energy. The coldness of his skin suggested something alien and out of the ordinary, something not-quite-human rather than a reanimated corpse. Intrigued, Chloe dreamily let her hands explore his body as his tongue stroked the inside of her mouth in a sweet, insistent rhythm.

Strong arms, hard biceps, broad shoulders. Firm, quivering muscles beneath his smooth, chilly skin. Her fingers wandered to his back, discovering the gentle undulations of his personal geography, and when she flattened her palms against him she realized she had pulled him even closer. Her breasts collided with his chest, and the contrast of his cool, hard planes against her soft, heated curves stole her breath away. She made an appreciative sound in her throat. She could have spent hours just discovering the secrets of his body with her fingertips, and it wasn’t entirely due to the drugging effect of his kiss…