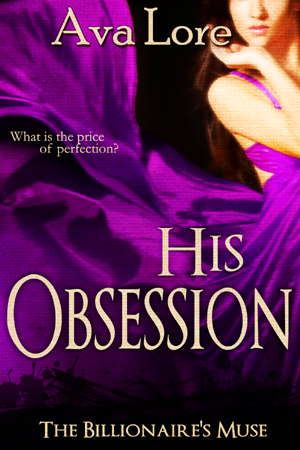 WOO. So this happened. I’ve been working like a fiend and making my covers is pretty much the most fun break I can do while still doing my job. I won’t lie. I was hoping to have a release date of February 4th, which would be completely doable if His Obsession weren’t the trickiest and most difficult section of the series to write. Obviously, it’s the part where Malcolm and Sadie really get to know each other and do all the hard work of falling in love (while hiding from the feds). For a normal installment, I’d be more than halfway done, but I think I might only reach half way if I do another two thousand words tonight… and that’s gonna be hard because I already pounded 3.5k out this morning. Still. In the words of the immortal RuPaul, YOU BETTA WERK. And I am! February 4th is still the publish date, although whether I hit PUBLISH at 11.29pm on the 4th (thus making the fifth the release date) or on the third, I hope His Obsession will be worth the wait. I love my fans with all my heart and I just don’t want to disappoint you guys. You all mean the world to me! And now, before the teaser, a contest announcement! I’ll be giving away a copy of The Billionaire’s Wife over on Free Ebooks and Those Responsible For Them during an erotica giveaway extravaganza tomorrow, and nine other lovely authors are also giving away free books to the lucky winners! So stop by there tomorrow for details and free steamy romance. And now… teaser.

After what seemed like a hundred twists and turns, Malcolm led me up a narrow staircase and into a higher alleyway. Above us the clouds had parted, letting the moon shine down for a few moments, and the ghostly light bathed the curiously quiet city. Far away I could hear the occasional car in the city outside the walls, but here it was quiet. The chilly ocean breeze whistling past my ears was the predominant sound. We came to a halt, and all the hair on the back of my neck stood on end.

Two white and black mopeds were parked in the alleyway next to a door leading into the building we’d just scaled. Policija was emblazoned on the sides. Malcolm turned to me, and I was gobsmacked to see him smile.

“They’re in here, watching the street outside my apartment,” he whispered. “Let’s see how good you are at submitting to me now.”

My whole body tensed, and to my utter shock he unbuttoned his fine coat, unzipped his pants, and freed his erection to the night air before mounting one of the mopeds. Placing one hand on the back and one on the handlebars to brace himself, he smiled at me.

I’m not ashamed to admit I was quietly freaking out. This was… well, this was serious. What if they came back? What if someone saw us? His hot, hard shaft thrust at me from his trousers, and I felt a blazing, melting heat twine its way through my core. It was terrifying, and unbearably arousing. Like fucking your boyfriend in your parents’ bed, when they could come home at any moment. Except way, way more dangerous.

My eyes met his, and he smirked. He didn’t think I would do it.

Maybe we were more alike than I’d thought, because I found I couldn’t back down from a challenge either.

I stepped forward and wrapped my hand around his cock.

The hiss of breath between his teeth was all I needed to spur me on. Acutely aware of how exposed we were to whoever might decide to walk down the alleyway, or peek from between the curtains above us, I let my hands glide over his thighs and bent down, my hair falling around my face, shielding me from his gaze.

His cock thrust up at me. I’d been wanting to taste it since he first touched me and made me come. Now was my chance. I extended my tongue and gave it a soft, tentative lick, swiping the tip of my tongue against the soft slit, lapping up the sweet precum beaded there.

Malcolm hissed again. “Jesus,” he muttered, and I smiled. Another chink in his armor. Feel it, I wanted to say to him. You want to leave this behind? But I didn’t. Instead I opened my mouth as wide as I could and swallowed his cock whole.

His hips bucked, thrusting down my throat, and I gulped, savoring the dark, earthy taste of his skin, the heaviness of his cock lying against my tongue. I wanted him to lose himself in the sensation, wanted him to feel as alive as he thought I was. I sucked hard and pulled back, and his pelvis followed me, as though he couldn’t bear to give up the heat of my mouth and the tight seal of my lips.

Loosely I looped my fingers around his shaft and picked up a quick rhythm, giving just enough friction to tease him as I sucked and licked the soft head of his cock. I must have been doing something right because he groaned and nearly fell off the motorcycle as he strove to fuck my mouth…

One thought on “Cover, Teaser, and CONTEST!”